2 A's For Your Dog's Health 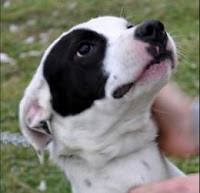 Apple Cider Vinegar - Did you know that this old folklore remedy really works?  Many holistic minded individuals believe Apple Cider Vinegar is THE best tool in your remedy arsenal.  Not only can it enhance bowel function for your dog, it can also be used to treat those horrible chronic ear infections in your dog.  You can dilute one teaspoon of Apple Cider Vinegar in a half a cup of water and flush it into the ear.  This will create a mildly acidic environment which kills the yeast.

Astragalus - This is one of the best herbals you can use for immune support.  There are a few studies out there that point to Astragalus being a great anticancer agent.  It is available fresh and dried, in tablets or liquids.  This herb can be used as a part of your dog's overall health regime.  See this article at http://www.dogcancerblog.com/astragalus-immune-booster-and-more/

Again, always consult your vet before trying any home remedies on your dog.  Every dog reacts differently.
Posted by Vicki Sutkowski, CMP, ARP at 11:48 AM 7 comments: 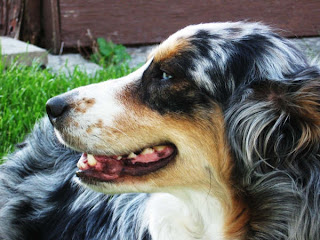 Your dog's immune system is a very complex mechanism that requires a variety of dietary nutrients to function properly.  This includes minerals, vitamins, fats, proteins, carbohydrates and water.  These components, when mixed together in the proper quality and quantity can positively influence your dogs health and performance.  Common sense shows that dogs that are well cared for and well nourished have fewer diseases, fewer trips to the vet and an overall happier state of mind.

When a dog's diet is deficient in any of the essential nutrients, their immune system more often than not, does not function properly.  Dogs are constantly exposed to bacteria, viruses and allergens in their everyday life.  To help neutralize these issues, their immune systems need to adapt very quickly.  Improper nutrition can cause your dogs immune system to become overactive, which in turn may result in devastating imbalances in their red blood cell.  Also, an under active immune system may reduce your dog's ability to fight infection.  This problem materializes as chronic ear infections, dry itchy skin, bladder infections and other generalized infections.

Although this information can vary dependent on the health and special needs of your dog, a general guideline is as follows:

Again, please note that these are just general guidelines and are to be used as a reference only.  I strongly suggest you consult your vet as every dog is different in their needs and nutritional requirements.
Posted by Vicki Sutkowski, CMP, ARP at 11:36 AM 1 comment:

Know Your Dog as You Know Yourself

Your own powers of observation are among the most important tools you have to help keep your dog healthy and happy.  Since you alone know your dog better than anyone else, you are in the best position to notice any changes, however subtle, in their appetite, stools, behaviour, appearance and weight.  It is important to pay particular attention to behavioural changes as that can be a key sign of a medical problem, especially in an older dog.  Keep a watchful eye on your dog for any physical or emotional changes that may arise.  You are the most important person in your dog's life!
Posted by Vicki Sutkowski, CMP, ARP at 10:32 AM 1 comment:

Are you a smoker? 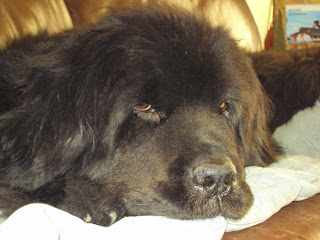 If you're a smoker, here is a good reason to quit!  Secondhand smoke can be harmful to your dog.  It can increase your dog's risk of cancer and allergic disease.  Please be aware that smoking effects your health as well as your dog!  Stopping is good for the BOTH OF YOU!
Posted by Vicki Sutkowski, CMP, ARP at 5:39 PM 1 comment:

Quinoa (keen-wah) is Good For your Dog!

Quinoa (keen-wah) for your dog!  Yes!  It is not a grain; its actually a seed related to the spinach family. When cooked, it is light, fluffy, a bit crunchy and has a pleasant subtle flavor. It cooks and tastes like a grain, thereby making it a great replacement for grains that are difficult to digest or feed.  It is used in many hypoallergenic foods for dogs.
Some of the great things found in Quinoa are:
By far, Quinoa is higher in potassium, calcium, magnesium, iron and copper than wheat and barley.

Quinoa is close to being one of the most complete foods in nature since it contains amino acids, enzymes, vitamins and minerals, fiber, antioxidants, and phytonutrients.
Posted by Vicki Sutkowski, CMP, ARP at 10:31 AM 20 comments:

Dogs convey subtle nuances with their ears and tail positions as well as posture, eye contact, raising of fur and overall facial expressions. A pug is at a definite disadvantage for communicating facial expression just as an Aussie Shepperd is at a disadvantage due to their docked tail.  These disadvantages can put these dogs at major risk for being misunderstood and possible targets of attack as their moods are considerably more difficult to interpret.  Some dogs are further disadvantaged when humans take it upon themselves to have the ears altered to a permanent upright position.  It may look good to some, but it becomes a disadvantage to your dog. When ears are cropped, creating an immobile ear, this can nullify the dog's signaling ability, causing potential problems.
The practice has been outlawed in the UK but in many other countries, owners are routinely docking purebreds.


Tails as we all know are subtle and marvelous carriers of meaning, but when I acquired my present family dog I was not prepared for the complexity of a dog's ears.  The expressiveness of Sasha's ears is something to behold.  She can say as much with her ears as we do with our mouths. 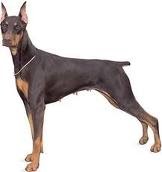 Also, in addition to ear reductions, some purebred owners also practice tail cutting, something which is also now illegal in the UK.  Some unfortunate dogs such as the Doberman are often deprived of both full ears and a tail.  According to Bruce Fogle, a British veterinarian and author, he states "Docked boxer dogs in particular have a higher incidence of back pain than those with tails.  A tail is built to wag at a healthy speed.  The fast metronome motion of a stump places excessive strain on the lower back, causing inflammation and eventual arthritic changes in the back bones."
We need to consider what is best for the dog as opposed to what we THINK looks best for our dog.  Keeping the ears and tail natural will help enable your dog to have better communication skills, resulting in a healthy, more well balanced, happy dog.
Posted by Vicki Sutkowski, CMP, ARP at 10:06 PM 1 comment:

Your Dog's Name IS NOT a Command

Although I am not a dog trainer, I do know a thing or two about dog stress and anxiety!  Dog owners/guardians need to remember that their dog's name is not a command all by itself.

Our dogs hear their name with a wide variety of inflections throughout the day.  You must keep in mind that they are predominantly responding to your inflection and not their name.

Pay attention to your habits and you will probably see that you often just call your dog's name with an up or down inflection, a sharp voice or a happy voice, WITHOUT a command like "come" "sit" or "wait".  This lack of clarity can cause an increase in nervous behaviour and can increase their levels of stress and anxiety.

Saying their name over and over again can also cause them to become desensitized to it and thus not even react when he hears it.

If you continue to say their name without a meaningful command attached to it, you are basically using up all of your dogs attentiveness.  Your dog may eventually just ignore you.